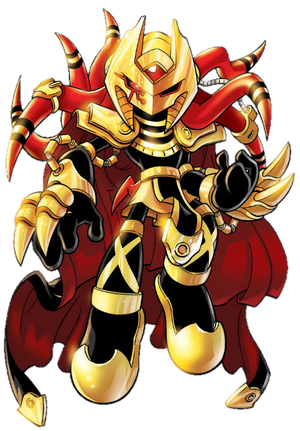 Reaction Speed: Faster than Light Level (Was capable of beating Sonic the Hedghog along with most of Mobius)

Durability: Universe level+ (Stronger than both Sonic the Hedghog in his Super form and when the original Host Knuckles the Echidna and Sonic collided and collapsed and survived a Universe implosion)|Multiverse level (Non-Corpeal Form)

Retrieved from "https://fictionalbattleomniverse.fandom.com/wiki/Dark_Enerjak?oldid=549"
Community content is available under CC-BY-SA unless otherwise noted.