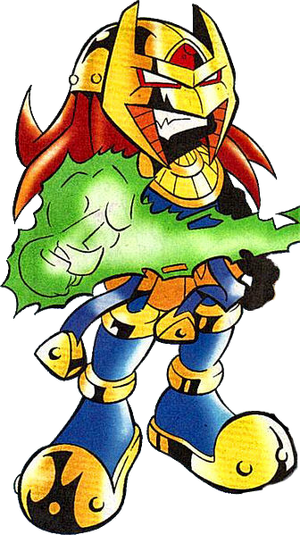 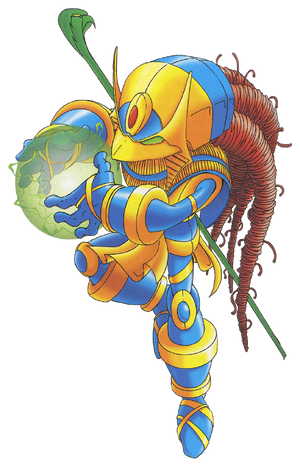 Durability: Universe+ level (Stronger than Super Sonic the Hedgehog and Knuckles the Echidna Head collision that collapsed and have them surviving a Universe imploding on them) | Multiverse level (Non-Corepeal Form) | Likely Multiverse+ level (Could have won if it wasn't for outside interferences)

Intelligence: Super Genius (Due to Immortality)

Enerjak most known Weaknesses is the Sword of Acorns which can drain him of his chaos energy that allows him to stay in the physical world.

Retrieved from "https://fictionalbattleomniverse.fandom.com/wiki/Enerjak?oldid=598"
Community content is available under CC-BY-SA unless otherwise noted.